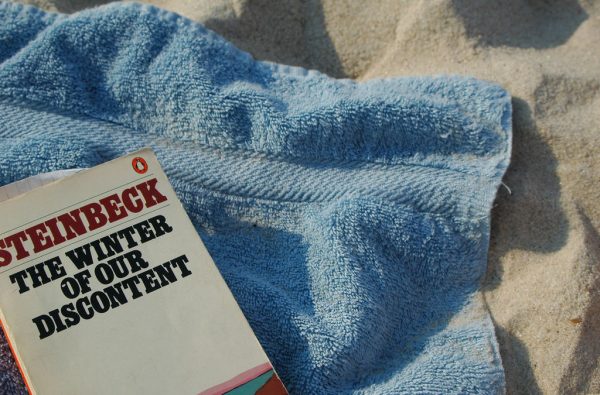 A Pair of Dark Southern Tales to Brighten Your Vacay

A Google search of “Summer Reads 2017” delivers millions of results. Every media outlet and reading resource from Southern Living magazine to the Hahira Public Library has an opinion about what the literary society should read during vacation. You’ve got to be seen with the “It” book of 2017 — a “fresh fun departure” about an island or a forlorn beach house — or else your beach buddies may think you’re as unfashionable as cargo jean shorts or dress socks with sandals. But, we all don’t have to traipse after the cool crowd like vacationing lemmings to the pool bar. If you want to shut off your incessant workplace minds and escape but not to a place too cozy, then Thomas Mullen and Donald Ray Pollock have the tales your eerie imagination may crave.

For over a decade, Thomas Mullen, an Atlantan, has been recognized for his mesmerizing fiction. His 2006 debut, The Last Town on Earth, was named Best Debut Novel by USA Today and was awarded the James Fenimore Cooper Prize for historical fiction. In Darktown, he puts all those accolades in jeopardy by delving into the post-WWII civil rights history of his hometown before Atlanta was dubbed the “City too busy to hate,” but credit Mullen the cleverness for weaving his revealing civics lesson into a satisfying literary thriller. Lucius Boggs and Tommy Smith are two of the first black officers hired by the Atlanta Police Department after the police chief succumbed to pressure from the mayor and the business community eager to advance Atlanta’s case as the capital of the New South. Distrusted by their peers and the community they’ve sworn to protect and serve, the rookie policemen are drawn into a risky unofficial investigation when an attractive young black woman is found dead in a car last seen driven by a shifty white man. 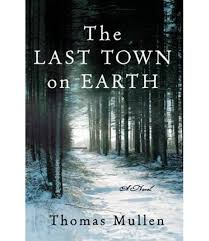 The story has all the skillful twists and elements of a thriller: a psychopathic bigoted villain, a progressive white ally who must face his own prejudices, and a supporting underbelly of thugs, crooked ex-cops, and shady politicians. There’s a stiff plot point-to-plot point feel about the story as if Mullen had a giant wall of index cards and had to make sure that every story thread was trimmed square. The novel also lacks the same rebellious tenor of The Many Deaths of the Firefly Brothers. Yet, Mullen’s aim is ambitious — to entertain and enlighten — and he accomplishes both. Within the intriguing tale is an appropriate message about how Southerners should unflinchingly engage in their community to best resolve today’s race struggles.

Donald Ray Pollock’s latest book, The Heavenly Table, is also historical fiction set in the South, but like the author himself, it originates from an uncommon place. Knockemstiff, Ohio has to be as far from the beach as a vacationer could get, but that’s Pollock’s hometown and his voice. Pollock’s writing career is legend. Nearing mid-life, he quit drinking, left his steady union job as a laborer at the paper mill, and went to Ohio State to get his MFA. If that wasn’t incredible enough, he transcribed by hand fifty-plus of his favorite author’s novels to hone his craft. That’s using a whetstone to sharpen your writing tools. Heavenly Table has the same Gothic tone as his acclaimed debut novel, The Devil All the Time, while telling a more expansive story.

Set on a farm along the border of Georgia and Alabama in 1917, The Heavenly Table tells of the unrewarding life of the Jewett family. After their father’s death, the three Jewett brothers venture off on horseback to plunder and murder their way to wealth and fame. On an author’s panel at the Southern Festival of Books in Nashville in 2016, Pollock disclosed that the Jewetts were such dynamic characters that they “took over the book.” Further, what makes Pollock’s novel fascinating is the convergence of the Jewetts and Ellsworth and Eula Fiddler, opposite yet equally troubled characters eking out a destitute existence in southern Ohio, ignorant of the Jewetts’ happenstance course for their downtrodden family farm. However, Pollock’s flair for multiple points of view and settings is also the novel’s flaw. There’s a myriad of locations and characters weaving in and out of the plot, and Pollock shifts time to and fro, making the story difficult to follow. But, he does it so well that it’s well-worth the narrative sidetracking.

Despite the bleak story line of both, there’s an aliveness to the novels, a hopeful force that operates in them. As in our real everyday worlds, away from placid shorelines, mountain vistas, and bucolic lake views, this positive power faces adversity and pessimism. In Darktown and Heavenly Table, Mullen and Pollock create more than colorful characters and engaging plots. They illustrate the value of faith in overcoming self-doubt, fear, and hatred, which is a noble practice whether you’re on the beach or not. With strong belief and a trusty water hose, you will get the sand out of your bathing suit.