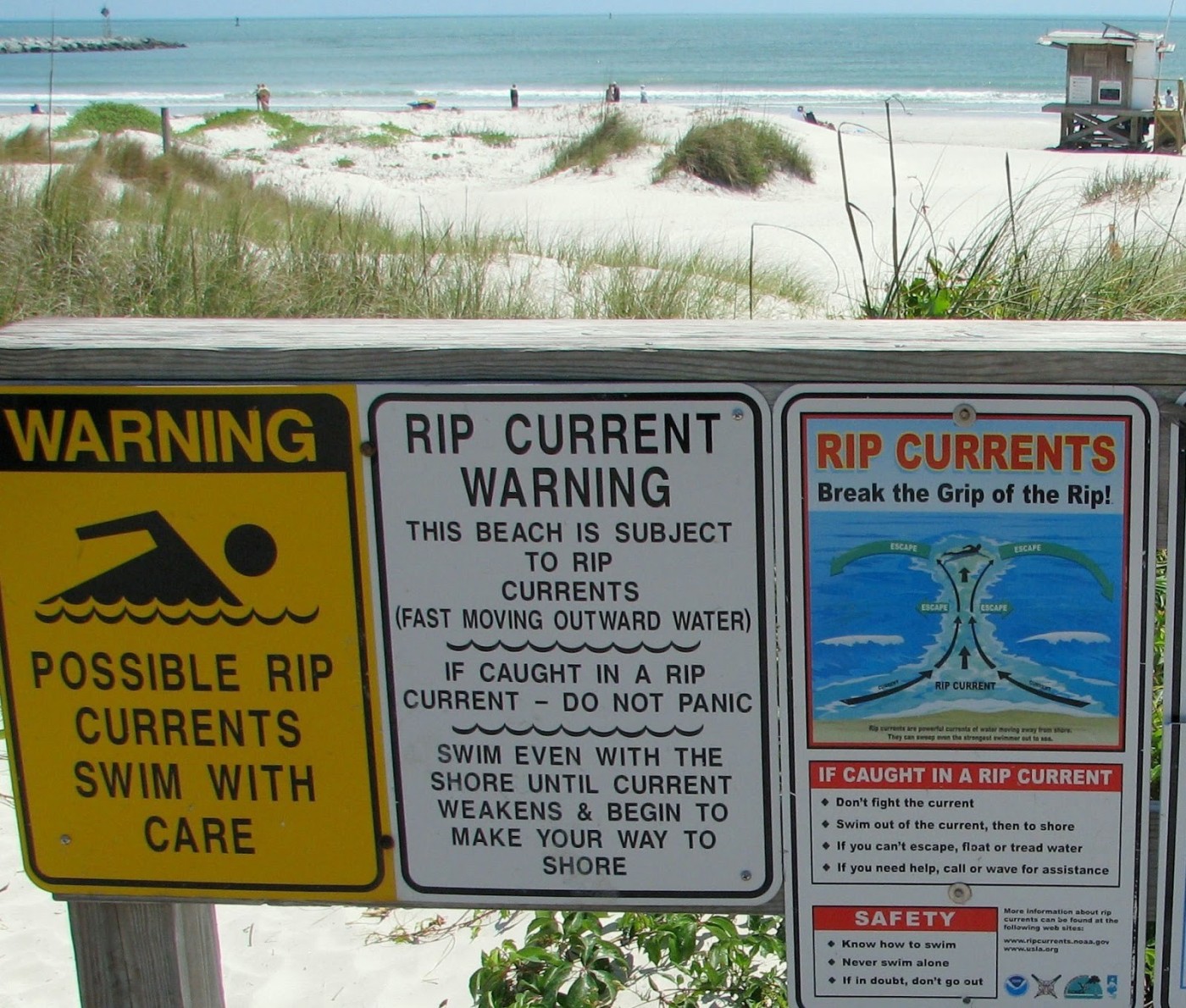 Jesse and Ricky Few camped in front of the TV watching, “Let’s Make a Deal.”

“I bet Monty is doing Carol,” Ricky said, reclining on the couch.

“Shhhh,” Jesse said, unable to conceive the idea of “doing Carol” and anxious to see if Monty Hall, the folksy game-show host, could persuade the lady dressed as a duck to trade her new living room suite for what the long-legged Carol Merrill had hidden behind door number one.

The two brothers had been invited by their childless aunt and uncle to spend a month with them at their beach house near Jacksonville, Florida. Earlier in the week, they had watched Neil Armstrong walk on the Moon, and Aunt Franny cried tears of pride. Ricky and Jesse giggled at her. This afternoon Aunt Franny was in the living room on the phone. According to their aunt, Uncle Archie was “off buying some old dairy” near Orlando. For lunch, she’d departed from her usual pressed ham or tuna salad and made each of them their favorite sandwiches—sardines, bacon, and peanut butter for Ricky and a PBJ with no crust for Jesse. They barely noticed this treat, so absorbed in the show.

Scrambling to his feet, Jesse knocked over the end table, spreading magazines across the floor.

Ricky was an undersized sixteen-year-old whose face made for a fertile field of red acne blooms. He wore his curly black hair down to his shoulders and finished off his budding hippy look with a sparse mustache and sideburns. Jesse was a prepubescent ten-year-old. His sharp nose and hazel eyes favored his mother and grandfather. Jesse spent his summer vacation humoring Ricky as much as possible, to prevent him from turning to little brother torture for amusement.

“What are you boys doing in here?” Aunt Franny said, entering the den. Short and compact, their aunt did herself no favors with her copper-red pixie cut and lime-green mini-dress, making her look like one of Santa’s elves in the offseason.

“Nothing,” Ricky said. “Jesse had some fit because he’s in love with Monty.”

“Stop spazzin’ and pick it up,” Ricky said. “Don’t make me call Momma.”

Jesse righted the table and restacked the magazines.

“Why don’t you turn that thing off?” Aunt Franny commanded, soft but firm

“You need to go enjoy the ocean … those rafts Archie got you,” Aunt Franny said. “There’s some ladies coming to the house shortly for bridge. Y’all go put on your suits.”

As they prepared to head out the sliding glass door to the beach, Aunt Franny gave them their final instructions.

“You two stay together. Don’t go in the water alone.”

“Y’all can walk down to the Beach Club, but don’t get separated.”

“Don’t come back until dinner time. No sneaking back in with sandy feet to plop down in front of that idiot box. Meet some of those young girls. I’m sure they’d love you cute Georgia peaches.”

They stared at the floor and nodded their heads in agreement.

The brothers walked out to the patio into the peak of the afternoon heat, only the ocean breeze providing some respite from the intense sunshine.

“Grab the rafts there, Tumbo,” Ricky said. “I’ll get the towels.”

Jesse pulled the two blue canvas rafts by the cords, walking toward the beach path ahead of Ricky.

“Not so fast,” Ricky shouted.

Jesse stopped, waiting for his brother.

“Take these.” Ricky threw the towels at Jesse and ran ahead.

“Ricky Retardo,” Jesse screamed, though not even the seagulls took notice. Trekking over the sand dunes, he saw his brother on the narrow high tide beach.

Jesse slung the rafts down and threw the towels on top.

“I’m splitting to the club for a little sugar, sugar.” Ricky rocked his pelvis. “You guard the stuff.”

“Wonk, wonk, I don’t want some square kid hanging around.”

“I’ll repeat it for you, mommy’s boy. You’re picking up seashells for your boyfriend.” Ricky put his hands on his little brother’s shoulders and pushed him to the ground.  “Just don’t drown, or I’ll kill you if you do.”

Jesse planted himself behind the wall of seaweed, broken reeds, and trash that marked the high-water level and had a brackish smell of the sea and dead fish. Finding a small piece of smooth glass, he began building a fort until sand filled his bathing suit.

He had to go to the bathroom, but he couldn’t walk back up to the house or go in the sand dunes. Floating out on the raft was a possibility, but the sight of the coarse canvas made his belly twinge after he had rubbed it raw riding the big breakers last weekend. His only choice would be to wade out into the water.

The slate gray waves proved broken and choppy. Jesse jumped over the first set. Not wanting to get his hair wet on the off chance that Ricky might figure out he’d been in the water, he went out far enough out to squat down up to his neck. His warm pee flowed into the cold water around him. A wave crashed in front of him, foamy water came rushing for him. He dove under to escape. When he came up, he realized his hair was wet, but he didn’t care. “Surfin’ USA” filled his head.

Another wave came toward him, and he body-surfed to the beach. Uncle Archie had taught them how to catch waves; Jesse pictured his uncle’s thick hairy forearms with the faded anchor tattoos spearing through the water. Jesse was much better than Ricky, who didn’t like putting his face underwater. He caught a couple more and decided to venture out to the bigger waves.

A crab nipped at his big toe. He shrieked. Bouncing off the bottom with his other foot, the undercurrent from shore carried him past the creature. He took one more step then another, knowing that if his feet could touch he was alright. But with his next move, the riptide pulled him off the edge of the sandbar and into deeper water. He went under, desperately trying to feel for the bottom.

Jesse was on the surface again, treading water, when a wave broke on top of him, smacking him down into the darkness. Bicycling his feet in panic, he battled waves and the invisible force of the undertow. His heart beat faster. His stomach tightened. He kicked at nothing.

He came back up for the second time. Another wave pounded him into the deep, his lungs straining for air. Gasping, he forced himself up, greeted with a torrent of salt water filling his mouth, choking him, and driving him down once more.

Fighting to the top again, he was determined to find Ricky and yell at him for leaving him alone. A wave peeled off, gradually, and he mustered a couple of strokes, timing the break, allowing it to carry him to shore.

Struggling to his feet, he looked back at the ocean, coughing hard enough to vomit a little. He sobbed, racing up the dunes toward the house, not feeling the sandspurs. He disregarded his aunt’s admonition, deciding that almost drowning trumped ladies and their bridge.

The sliding glass door was locked, and the curtains were drawn, so he ran around to the garage side door. His pursuit of sympathy slowed only as he saw the red MGB convertible parked in the garage where his uncle’s silver Mercedes-Benz should have been.

He limped toward the living room where she’d intended to set up the card table. There was no table, no ladies, and no bridge game, only two empty wine glasses and “Aquarius” playing on the console stereo. Jesse heard a bump come from the back of the house, and he walked toward his aunt and uncle’s bedroom. Hearing a faint cry, he peeked into their room.

More groans came from the bathroom. Guessing she might have fallen in the shower, he inched the door open, detecting a strange voice with an English accent like John Steed, the hero from The Avengers TV series.

The red MGB stranger growled. It echoed off the tile. The steam filtered away, and Jesse saw his aunt’s breasts pressed against the shower door, peering at him like angry clown eyes. Jesse ran back down to the beach.

Waiting on the raft for Ricky, he covered his head with a towel and focused on figuring out why Monty would ever want to punish poor Carol that way.