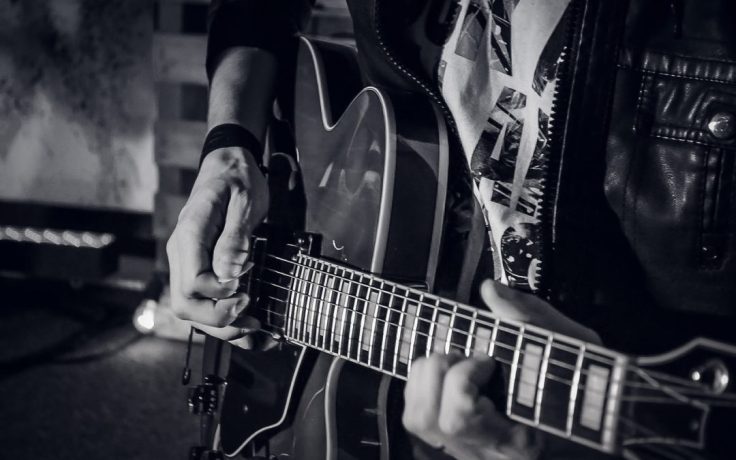 In 1975, Charlie Daniels’ hit single “The South’s Gonna Do It Again” dominated FM radio and announced Southern Rock’s commercial rule over the late 70s. Not only did Southern Rock shred its way through Dixie but also through sold-out stadium shows in the rest of the U.S. and the world from Leeds to Tokyo. Yet, what Lynyrd Skynyrd’s tragic plane crash couldn’t destroy, free-basing cocaine, disco, and whiskey-bloated egos did. By the mid-80s, Hair Metal, New Wavers, and MTV sent the surviving core of the Southern Rock success to rehab, gentleman farming, or touring smaller venues that resembled nightclubs more than music halls.

However, just as the Jacksonville-born Allman Brothers Band led the ascension of the blues-rock sound in 1969, they also kindled its resurgence thirty years later. According to Macon’s Big House Museum website, with the 90s addition of Warren Haynes and guitar prodigy Derek Trucks in 1999, ABB manifested their third wave of popularity with Gen-X and Millennial listeners. Reviving its jam band roots, they headlined music festivals around the globe. Their final “final shows” were a series of triumphant performances at New York City’s Beacon Theatre in the autumn of 2014, ending their last encore with “Trouble No More,” the first song the band ever played together. Tragically, since then, Butch Trucks committed suicide, and Gregg Allman succumbed to liver cancer, which fosters the frightening notion that Southern Rock is gasping its last, “Hell Yeah.”

Charlie Daniels’ career trajectory has modeled an arc similar to his 1975 fan base. He’s no longer the “Saddle Tramp,” passing “around the pipe and you all get high.” His current priorities are clear and admirable—God and America. Daniels shepherded the transition away from Duane Allman’s philosophy of “eat a peach for peace” to “Just go and lay your hands on a Pittsburgh Steelers fan.” A devout believer and a genuine philanthropist, he’s a regular on the Christian Broadcasting Network and now plays packed stadium shows with Billy Graham’s son, Franklin Graham. Almost eighty-years-old, Charlie Daniels remains as committed as ever.  In March 2017, he posted on his Twitter account, “Defeat and giving up are two different things, one is the result of reality—one is the result of just quitting. Let’s all make the day count.”

Still, the paragon of Southern rockers remains the good ole boys from the Robert E. Lee High School in the Westside (the best side) of Jacksonville, Florida, Lynyrd Skynyrd. “Free Bird” may be a punchline to tipsy d-bags, but Skynyrd reigns as the typical music fans fundamental assumption of Southern Rock. This standard presents the current form of the group with a thorny dichotomy. During their climb to the top of the live concert heap, blowing the Rolling Stones off the stage at the 1976 Knebworth Fair Festival in the U.K., the band defiantly flew a Confederate flag at every show. But, in the New Millennium of the New South, displaying the Stars and Bars delivers an unwanted message of support for racist hate groups. It’s a dilemma Southern Baby Boomers understand. In a series of radio and television interviews, the band’s current front men, Gary Rossington, Johnny Van Zant, and Rickey Medlocke, explained their decision to remove the giant flag from the stage. The group “loves where we’re from” and is still proud to be Southern, but it’s not their intent to “hurt anyone’s feelings.” Johnny Van Zant, Ronnie’s youngest brother, explained their choice to demount the controversial symbol, “we’re all fans of the blues which was created by a black artist, and we’d, you know, be going against what we feel and love. That’s what Lynyrd Skynyrd’s been about.”

Southern Rock bands, like their aging fans, aren’t immune from life’s natural rhythm. In reality, they only prove to validate the authenticity of the great samsara cycle. The high of late-spring afternoons spent cruising along a black ribbon of pavement with the station wagon windows rolled down and “The Devil Went Down to Georgia” blaring on a crappy in-dash radio are dim myths of younger and simpler times. Fortunately, Classic Rock Radio and Southern Rock Cruises provide pensive moments where that uncomplicated peace can return, and as Skynyrd declares in “Sweet Home Alabama,” “Singing songs about the Southland” dominates our jams again.